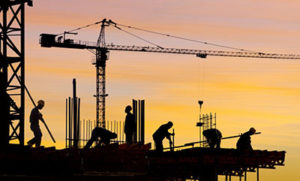 Below are upcoming projects:

The Atlanta-based affiliate of Canadian developer Empire Communities purchased the Stein Steel plant in Reynoldstown on the Eastside Trail. The plant will be redeveloped into $300,000 to $600,000 condos and townhomes. One of the buildings will be converted into a 2-story bar and restaurant. Contact Paul Corley, an Empire regional executive.

Pharmaceutical company Alimera Sciences will move its headquarters to a 15,000 square foot space on the fourth floor of a new building in Halcyon in Alpharetta. Contact Alimera President and CEO, Rick Elswirth, Jr. Roca Point Partners is the developer of Halcyon.

Atlanta-based Insignia, LLC plans to demolish a closed Kmart along Buford Highway and I-285 into the 13 acre Lotus Grove, which will include a five story , 97-room Hilton Hotel, 350 apartments and roughly 115,000 square feet of retail, office space and restaurant space. Demolition will take place in July, 2021. The project is expected to cost about $116 million to construct.

Ken’s Foods in Henry County announced a $103 million expansion of its plant in Midland Industrial Park. The project will include new production lines and building upgrades to its manufacturing facility.

The City of Buford approved a special use permit to Millie McCoy for a training gym facility for kids at 1364 Buford Business Boulevard.

The Stockbridge City Council approved funding of a $18 million for a cultural arts center. Visit City of Stockbridge.com

San Francisco-based social media giant Twitter is expanding its Atlanta corporate office at Ponce City Market. It may need three to four times as much space.

Cousins Properties, Inc. will renovate the lobby, exterior and ground floor of the former Norfolk Southern Headquarters at 1200 Peachtree Street. Work is scheduled to begin in January, 2022.

The Henry County Zoning Advisory Board voted to recommend approval of a 20 acre site at 2125 Ga. 42 North in McDonough for the construction of an age-restricted single-family and institutional living development. Visit henrycounty-ga.com.

Novare Group will purchase 4.9 acres from the City of Powder Springs for a $38 million mixed use development with 221 apartments and retail space in downtown Powder Springs. Visit NovareGroup.com and CityofPowderSprings.org.

BBC Investment Group plans to break ground in September on a 305-home development on Peachtree Industrial Boulevard in the City of Sugar Hill. The first homes will be completed in spring 2022. Contact Dillion Lee, a representative of BBC Investment Group.

Hartsfield Jackson International Airport plans to open an American Express Centurion lounge for waiting passengers who want exclusive or premium experiences. There is no request for proposals for competitive contracting at this time.

The Cobb County Commission approved a plan to redevelop the run down strip plaza Sprayberry Crossing in unincorporated Marietta. Atlanta-based Atlantic Realty Acquisitions plans to transform the 17.7 acre property into a mixed use development with 102 town homes, 132 senior living condos and a 34,000 square foot grocery store.

The City of Smyrna plans a $6.6 million redevelopment of its downtown by adding more green space, a three story, 250 space parking deck and a three-story brew pub. Contact Greg Teague, President of Croy Engineering. Construction could begin by late October if the City Council approves the plan.

The City of Atlanta issued a building permit to Robertson, Loia Roof, P.C. for a $7,290,228 commercial building at 2021 Peachtree Road.

MARTA plans a $11 million renovation of the Five Points Station which will move into the final design process.

Chick-fil-A intends to replace a Texaco gas station and convenience store with a new restaurant at the intersection of Boulevard and Ponce de Leon Ave.

Gipson Company, the developer of “Studio City”, a 128-acre project at the former GM Assembly Plant in Doraville, will break ground next month on Phase One.. The development will include 10 film studios, apartments, corporate offices, restaurants, a hotel and retail space. Contact Doraville Mayor Joseph Geierman.

The Gwinnett County Commissioners approved a $1,698,000 contract with Diversified Construction of Georgia to build a new 6,084 square foot, single story, pre-engineered metal building to house a three bay fleet maintenance facility for the Gwinnett Police Department. Construction will begin in August and will take a year to complete.

The City of Kennesaw’s Amphitheater and Festival area in the design phase.

MARTA planning board voted to award a $15 million contract for the architecture and engineering design services to Chicago-based Skidmore Owings & Merrill. MARTA expects to award a construction contact in October, 2021. Work would begin in spring 2022 and end in 2025. The station will stay operational during the construction.

Tyler Perry purchased 132 acres at the former Ft. McPherson where he plans to build a mini Atlantic Station with a theater, restaurants and retail projects.

The Hanover Company purchased the 1.1 acre parcel at 1230 West Peachtree Street and 17th street for a 31 story apartment tower which will have 421 units and 13,000 square feet of ground floor retail. Solomon Gordwell Suenz is the architect.

The Georgia Ports Authority will receive $46.9 million from the U. S. Transportation Department for a $164.6 million effort to build an inland container port in Gainesville, GA. Construction is expected to start next year and to take two years.

Emory University is in the design stage of planning Graduate Student Housing at the intersection of Haygood Drive and North Decatur Road across from Druid Hills High School. The two-phased project is expected to have 1,000 beds. There will be a parking deck on site for 275 cars. Brailsford & Dunlavey is the designer of the project.

Halcyon , the 135 acre mixed use development in Forsyth County along Georgia 400 just outside of Alpharetta, started its second phase of construction. The construction of a 60,000 square foot office building is underway. Additional development includes an Embassy Suites Hotel and the Forum Athletic Club. The 23,000 square foot, two-story fitness center is scheduled for 2022. Contact Phil Mays, principal at Roca Point Partners, at 404.424.9608.

Regency Partners plans to demolish the “Disco Kroger” on Piedmont Road and expand the location for a new, larger grocery store.

Novellis is relocating its North American headquarters by leasing 90,000 square feet in the new 13-story office building under construction at Phipps Plaza. The Tower will open in the summer of 2022. The landlord is Simon Properties.

Austin-based Lincoln Ventures secured a $64 million construction loan for a 31-story tower for student housing at 859 Spring Street in Midtown Atlanta. J. E. Dunn Construction Company is the general contractor. The tower will have 168 furnished units.

The Ardent Companies purchased all of Piedmont Center and plans to redevelop the Buckhead office park with apartments, stores, restaurants and other amenities. Architect firm ASD/SKY is working as the master planner.

Atlanta developer, Greenstone Properties, plans to build a 19-story, 500,000 square foot office tower at the corner of Peachtree and Wieuca Roads in Buckhead. The project will have a 400 unit apartment tower behind the office building. The architect is Joh Pickard of the global architecture firm Pickard Chilton. Contact Harvey Rudy, a partner at Greenstone Properties.

Bailey Johnson, a former school for Black students that closed in 1968, will be turned into a timber framer office building near Alpharetta’s mixed use development, Avalon. The 21,321 square-foot school is located at 154 Kimball Bridge Road. ASD/SKY is the architect for the school’s redevelopment. Contact KB Ventures, a Chicago-based investment firm.

Mill Creek Residential plans a 30-story tower with 345 apartments at 180 10th Street in Midtown. The property runs along the north side of 10th Street between Juniper Street and Piedmont Avenue. The Project would include 4,000 square feet of retail.

The Property Markets Group wants to build 460 apartments at 811 Peachtree Street in Midtown. The project would include 15,600 square feet of retail and about 76,500 square feet of office space.

The SSA is Back at It:  Beware of the No-Match Letter